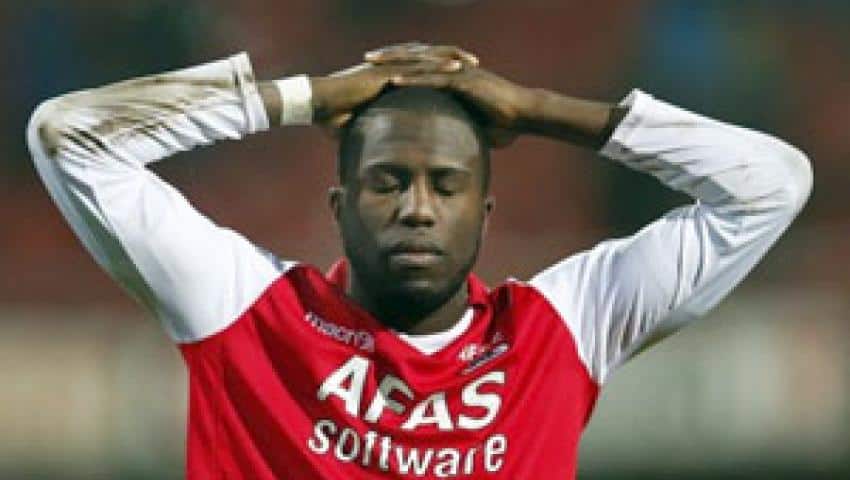 Diversity, respect and your response to disrespect

It happened during a soccer match in the Netherlands last week. Afro American striker Jozy Altidore, playing for AZ Alkmaar in Den Bosch, was cheered on with monkey chants by a group of FC Den Bosch fans, as well as his Moroccan team mate Adam Maher.

In spite of the announcement over the loud speakers to stop this, a small core of Den Bosch hooligans continued the racist chants. This match was especially dedicated to "Respect" due to earlier events in which an amateur referee was killed (!) after a match by the other party who did not agree with him. Great shock went through the Netherlands regarding such violence and many soccer clubs are now revising their rules and procedures and launching campaigns on respect, diversity and what "normal, respectful behavior" entails. It is incredible but true: this seems to be necessary in a "civilized" country in the 21st century.

The referee considered to stop this match in Den Bosch but Altidore wanted to play on, showing he would not let himself be put down by racists. After a short break (because one of the assistant referees was attacked) the match continued, leading to the defeat of FC Den Bosch by 0-5. True Den Bosch fans were deeply ashamed by what happened but they were not able to stop this small core of racist hooligans in their midst.

Late night talk shows kept on discussing the events. Everyone was rightfully indignant and wondered what should have been done. Quitting the match immediately (in spite of Altidore's will to continue) or not? But is this relevant to organizational culture, change and leadership? The answer is yes. It is an excellent case of what can happen in any team or organization - and how to deal with it to enhance trust, safety and eventually, diversity.

From the view point of culture, group values and norms, one could argue that the match should have been stopped - sending everyone home and broadcasting a black screen on the TV sports channel. By continuing the match - even for the "right" reasons - the signal seems to be that it is okay to act racist and you'll get away with it. From a competing values framework reference, the value that seemed to prevail was "the show must go on", "results and money count (broadcasting rights)" and "finish this match according to procedure after 90 minutes". Instead of values like: caring for people, valuing diversity and respect.

The reasons to continue, as were explained afterward, were Altidore's will to continue and safety issues: there were only 40 police officers present at the moment and the leaders decided it too risky to cancel the match and let the hooligans loose...

Interesting enough, Den Bosch fans tried to calm down the Den Bosch hooligans but it didn't work - there were not enough change agents present to reach a tipping point or they were not persuasive or respected enough to influence the hooligans.

The fact that the larger number of "civilized" fans publicly expressed their deep shame and disappointment at least helps to make this racist behavior an issue and sets it apart as undesired behavior. But the fact is that the small group of hooligans got away with it and set the tone for this match - abusing Jozy Altidore and Adam Maher and spreading a climate of hostility, danger and disrespect. It sure is intimidating.

Violence won. Because of their verbal violence (and maybe imminent physical violence) they were able to take hostage of the match. They were probably too scary to be dragged out of the stadium by a few police officers or "civilized" fans. It may have left civilized fans feeling intimidated, because no one, including the leadership, was able to put the racist chants to a halt. A way to have stopped this and show that you protect people - could have been to quit the match altogether.

Group Dynamics as a Reference

I respect Altidore's decision to continue the match. He said he would pray for the racist hooligans - which is noble and maybe a little superior - but very understandable after the assault. It is to be praised that he would not let himself be put down by racists and chose to ignore the hooligans, focusing on the greater good of playing a sportive match and giving the civilized fans the match they had come for so the greater majority was not penalized because of a minority of hooligans misbehaving. These personal reasons are to be respected.

But from a view point of group dynamics, I'd prefer to take a stand against undesired behaviors. I tend to prefer an intervention instead of ignoring undesired behavior that is against the group norms. Eventually, interventions send out clear messages: "We do NOT tolerate this. We take a stand for respect and safety for all." Responding to what happens in a group, taking action at the moment it happens (and not afterward, talking about it) enhances safety and a climate of respect for diversity. It means people are heard, seen, valued, respected and protected. It means you truly put people first, and not procedures, results or looking good as a strong individual or leader. You look for what happens to the group, how it might feel for them, the meaning your intervention might communicate ("this is what we value") and then, act.