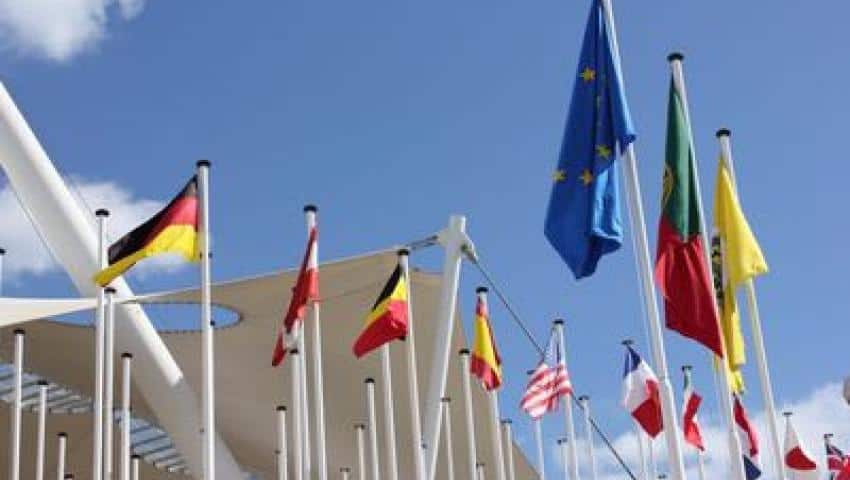 How national is your organizational culture?

This is a dangerous question, probably. Every answer is a generalization of national culture, and we're often sensitive because it touches on identity. But the question is relevant.

I used to be Dutch. In my first job, working with the Dutch Army, I heard that Dutch soldiers were seen as stubborn and (too) autonomous. Foreign generals who commanded multinational troops had to get used to the Dutch. They could not simply "order" the Dutch to do something. They wanted a Why, an explanation, and sometimes even offered alternatives. "What if we...."

This was unheard of for most German, French, English officers.

But there was also an advantage. For instance, when English soldiers didn't get an explicit order, they didn't act. The Dutch were proactive and autonomous. When they assessed that something needed to be done or solved to keep operations running, they did it. Stubborn maybe, but also practical.

Don't take offense...! This is a simple example of what I heard, and it may be a biased Dutch version. But it shines some light on cultural differences.

I experienced this entrepreneurial mentality also in my work as a change consultant. Dutch employees say a lot of Yes-But's and Whys. They seem stubborn, hardheaded, critical, demanding, too autonomous. Direct, also. They will say No to your face. But if you convince them, they'll support you through thick and thin.

In my experience, American employees (a generalization, I know), and French, German, Asian and Arabic co-workers are more reluctant to engage in a discussion with the leaders. That appears to be ideal, but it's just appearances are deceiving. You won't know when people really, wholeheartedly agree and you can't count on your plans being executed. There's a gap between saying yes and doing yes. It's a different culture...

I used to be Dutch, but I've changed. I've become less blunt and direct and more polite, according to international standards. I can also better understand that Dutchies may be seen as stubborn.

My American clients can be surprised about Dutch organizations and their "bossy" employees. But it could be advantageous to entice employees to speak their minds and discuss things, to "be bossy" and act autonomously if the collective result merits it.

It's not critical and stubborn for the sake of their Egos - but in service of better outcomes. Collaboration is also ingrained in the Dutch culture as history would have it because we had to build dikes together.

Dialogue seems well-fitted for the Netherlands. The power distance is somewhat lower than in the USA, and the culture is more "feminine" just like the Scandinavian cultures. Employees are protected against the threat of being fired immediately. It is safer to disagree at work. That's what the research of Geert Hofstede shows. The power distance in the Middle East, in Asia, but also in France and Germany is higher than in the low countries. Every person counts in the joint battle against the sea.

What does this have to do with organizational culture? It helps to open your eyes for diversity, which makes you a better (change) leader. Just like with corporate culture, you may be unaware of the national culture that you're part of. I didn't know how Dutch I was until I started to do international projects. It can be refreshing to hear about, see, and experience other cultures, be they organizational or national. It helps to appreciate and value your own culture and find things to improve.

I've learned other responses, other ways of thinking and being from my international work. This is a first step to becoming more understanding and compassionate, so we can better collaborate to create positive change in the workplace and the world.

That's why I invite you to join the international Culture Change Leadership Workshop. We'll work on assessing and developing organizational culture, organizational change, and positive leadership.

From Monday, May 28 to Wednesday, May 30, 2018, we'll enjoy 2.5 days in a limited group of international leaders and consultants so that there's personal time for everyone. The workshop is both theoretical and practical, so bring your questions and cases.

The Early Bird is only 1899 USD until January 28, 2018, and includes the workshop, three hotel nights with breakfast, three lunches and two dinners on Monday and Tuesday! After this, the regular fee of 2499 USD applies. I hope you’ll join me! I am looking forward to another truly diverse, international, inspiring Culture Change Leadership workshop…!

You can find more information and registration (click the Add to Cart button) at https://www.ocai-online.com/products/culture-change-days