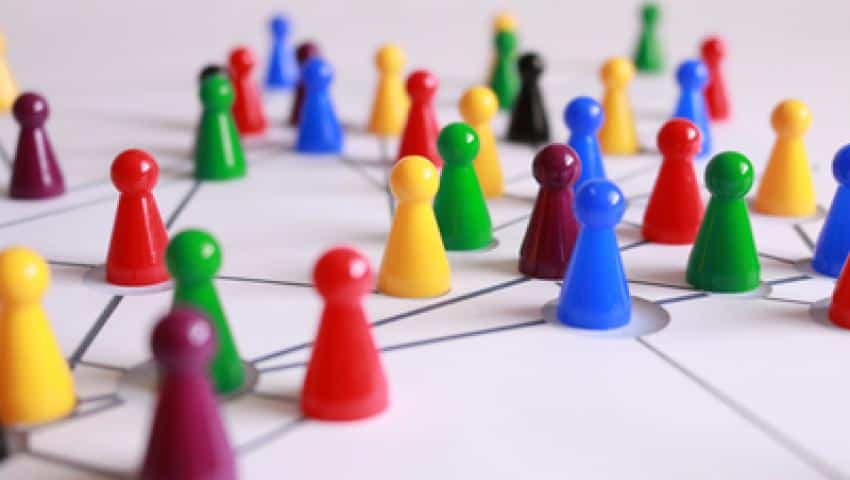 Organizational Culture Case: Behaviors and Beliefs in the Library

In my last post, we saw the topics of the first Change Circle after using the OCAI culture survey. Below, we’ll join a University Library that needs to change.

A quick recap before we join the librarians: in Change Circles, based on the OCAI, people spend time on the “what of change.” This may be rather straightforward - in general. There’s a business case for change: why it is necessary now. People explore where they are now (current culture) and where they want to be (preferred culture). If needed, they adjust the preferred culture from the OCAI survey to ensure success in their expected future, based on the organization’s strategy.

But it is the “how” of change that makes the difference. The Change Circle approach engages as many employees as possible in small teams. People develop their plan of change for their specific team and situation, take ownership of their part and benefit from peer support. The “how” is not creating a nice plan and then leaning back, but it requires consistent action. People need to practice new behaviors, do things differently, change their daily habits. They have to walk the talk. And next, not give up before new has become normal again. The Change Circle will support people to make their change last.

Why Change the University Library?

This University Library faced a major change due to technological and societal factors: more international relations in a global world, the digitalization of information, increasing diversity amongst students and researchers, information being present anytime anywhere and people expecting customized service. The old ways of searching and storing books and scientific magazines are over. The old librarian is obsolete. The new librarian is a skilled communicative professional with excellent digital literacy - that is, on paper. Because, in reality, the old librarian is still there…

How to Start Change in the Library?

The Library’s director decided to invite all managers and staff who were interested in exploring current and desired culture. First, she asked people to score the Organizational Culture Assessment Instrument (OCAI). What would they need to change towards a more flexible, professional, digital, and service-oriented librarian? Thirty people gathered to start working on change through culture. Though thirty is too large to create effective Change Circles of 10, it served as a collective “kick-off” to the change process. The Change Circles that would meet regularly were organized later in the process.

The Way we Do Things around here

In this case, it was easy to agree on the "What" of Change. Everyone recognized the gap between where they were and what was asked of them in the future. As you can see from their current (red) and preferred (blue) culture profile, their dominant culture type was Control (Hierarchy) culture, closely followed by Collaborate (Clan) culture. They wanted to shift towards more flexibility in general by voting for more Collaborate and Create (Adhocracy) culture in the future while diminishing Control foremost.

They made their current culture profile operational by identifying the typical things that happen in their organization, their behaviors, and beliefs. They did so in small groups and then shared their findings with the whole group. The list of behaviors was long, both positive and negative.

They agreed to change the following behaviors and a few beliefs that they saw as negative and an impediment for a successful future:

Everyone recognized their current culture. Above are typical behaviors in less effective Clan (Collaborate) and Hierarchy (Control) culture types where too much emphasis on certain features can turn into its shadow side.

Control culture may yield clear structures and processes, but too much of this can activate its shadow: being stifled with a phonebook of rules and procedures, people hiding behind procedures or authority figures, slowing down due to waiting for approval and the right signature, analysis paralysis, and so on.

Collaborate culture can be embodied by genuine collaboration and participation, by coaching team members to develop themselves and high trust. But too much of “togetherness” can give way to waiting for others’ opinion, hiding behind the group, not taking ownership of one’s actions, being polite on the surface but venting in the corridors, and so on.

These sunny and shadow sides of culture types arise “on the ground” in the way we do things around here on a daily basis, because we copy, coach and correct our coworkers. The culture types in themselves are descriptive and not normative – there is no best or worst culture type. They are simply validated “archetypes” of a culture based on the Competing Values Framework.

I discuss the “dark sides” of the culture types, dysfunctional or less effective cultures, in my book Organizational Culture Change and, of course, I work with them extensively during the Culture Change Leadership workshop.

Do you see how you can make culture operational and pragmatic when you look for typical behaviors? Do you see the value of engaging people? Many people will contribute their views - and collective intelligence and peer support go a long way in bringing about successful change. Would you like to learn and practice this approach? Join the 3-day international Culture Change Leadership Workshop from 9-11 March 2017 in Amsterdam.

In my next post, we’ll continue our workshop with the Library to define what their best-preferred culture looks like, and how they can change...