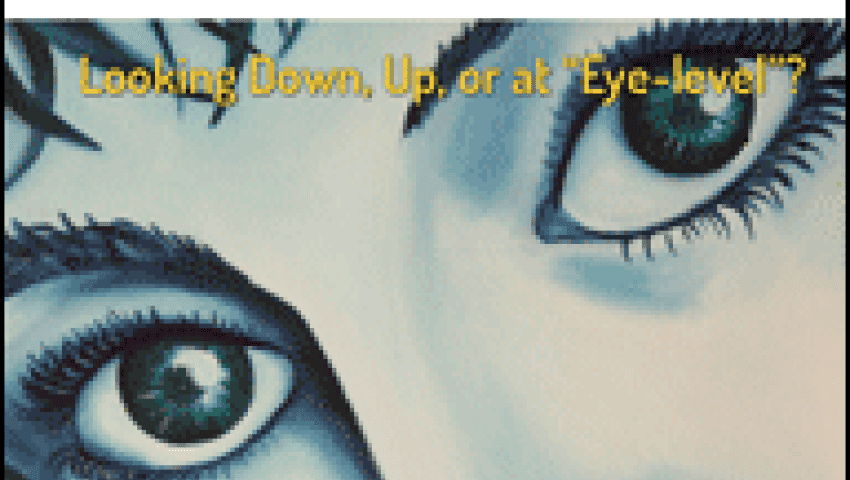 “Leaving the 20th century behind, I think we are ready and hungry to feel aliveness and connectedness - at work and at home”, said the German consultant Ulf Brandes during our interview. Together with four others, he created the documentary film Augenhöhe (German for eye-level) to show that it is possible to work at “eye-level” in organizations, instead of at different levels in an organizational pyramid: looking down on direct reports, looking up to your boss and, maybe, looking suspicious at the co-workers next to you…

Ulf shared that in Germany, many people have pretty rigid ideas of what work has to be like. “We struggle with issues like dominance and obedience. Bosses need to be bossy and employees have duties. We have hidden beliefs like: If I don’t suffer - I don’t work hard enough.” That quote evokes images of 19th-century workplaces and a tough protestant work ethic – and it rings true for many organizations I have worked with as a consultant in all parts of the world, not just Germany.

Stuck in the system

I remember a team of regional executives, part of a multinational publicly owned corporation. They were 15 bright people, working really hard, trying to motivate their reluctant employees, pushing to achieve their targets and follow the procedures that headquarters (HQ) kept piling up. They claimed to support each other – even though everyone kept looking over their shoulder to see if no one outperformed the others because, hey, they had barely survived a downsizing - so who could be next…? They were exhausted. They felt stuck in a tight box. And when push came to shove, they felt alone.

They used to be a team. But that was before the downsizing to cut costs in order to raise efficiency. That was before the workload got this high – in order to make the corporation’s growth targets and satisfy shareholders. That was before HQ increased quality control and dropped a phone book of procedures plus they centralized functions in a neat matrix structure. The team’s HR person now reports to central HR – and gets his orders directly from them. The same goes for the regional head of marketing, the finance guy, the R&D director, and so on. Headquarters was all over them. HQ probably didn’t do it on purpose – but they divided and conquered the region’s executive team.

The team’s autonomy was gnawed. Their camaraderie was long gone. “I’m going to be frank,” one director said to me. He was a gigantic man with a quick mind and charisma. He had been participating dutifully during the session – but he was getting energized now. “If I spend half an hour helping the regional director next to me, I have less time to make my own targets. I simply can’t get more work done. I am held accountable for my own accomplishments. That goes for all of us. Bottom line is, we don’t help each other anymore. Even though, it’s a great concept. We love collaboration, in theory. But in practice, we’re working our *** off and we try to save our own positions and units.” They all nodded.

They were demoralized, divided, exhausted. I challenged them to find some space within their “boxes” – to find their inner locus of control – to see what they still could decide and do in spite of this situation – and support each other to change for the better. But every time they lifted their spirits and discussed some ideas – one of them would talk the team out of it. I could see their energy evaporating as if their balloon was losing its air. They stayed stuck. I couldn’t lift them – I couldn’t entice them to look for an exit to their prison. The corporate context weighed them down. I still see that gigantic man before me who must have been a real energizer, way back when he still had hope, professional autonomy and collegial support. These executives were no longer at eye-level.

Too big to fail?

Here’s the downside of scale and efficiency. I always contend for self-organizing teams in small to medium-sized businesses. (Not just because that’s my preference, but our OCAI culture research also shows that people in larger organizations are far less satisfied – which is no surprise). But we can’t completely live without large corporations either. I don’t know how to produce electricity, telecommunications, gas and oil, water, air travel, government, or specific machinery and more, with organizations of 10-150 people. But maybe larger organizations could self-organize in smaller teams? Meanwhile, we have to lift the yoke of shareholder value and limitless growth, strict hierarchies, and the suffering mindset. Many consultants, coaches, leaders and other professionals are working on it as we speak.

I wouldn’t want to see another great man staring at me, hollow-eyed, giving in to discouragement. Our publicly or privately owned large corporations, our governments, our banks may be “too big to fail” in a financial sense (that’s why we grant them financial compensations, tax exceptions, and other entitlements) – but they are already failing on a human scale. They are wasting valuable ideas, energy, time and hope. People are used like resources, boxed in and controlled. No wonder that various surveys measure an alarming lack of employee engagement… Large organizations have stabilized themselves with rational, logical management (long time after their passionate, entrepreneurial start) but they need to energize themselves again with leadership, professional freedom, passion, connections, face-to-face communication, trust and mutual support – to regain agility and change-responsiveness. Can we help them get unstuck and unfreeze their potential?

I believe that people and organizations can thrive – and I’m not alone. Many consultants I meet share this vision and try to persuade their clients. External consultants and coaches are curious, open to new ideas and techniques. They want to change the world and workplace and try out Open Space Technology, dialog circles, provocative coaching, bodywork, business Tarot and they devour research books showing that organizations can self-organize and people can be happy at work. But many managers, executives and leaders of organizations seem hesitant to apply anything that loosens their idea of control. Ulf Brandes said to me: “Every organization already has most of the resources they need to evolve - they “just” need to find them, and tap their potential.”

Organizations love that concept, but not its application. Tapping potential may require letting go of old certainties and comfortable positions. It means re-evaluating beliefs and being open to dissent, other views and it means change, maybe chaos, and entering the unknown – while they are busy enough as it is - with hardly any space, time and energy to reinvent themselves. They are too tired to ignite the spark – too busy to connect at eye-level. It’s faster, and easier, to give an order down the chain of command. It’s easier to aim for measurable outcomes than to facilitate emerging processes and learn “on the go”. How can you explain such lack of control, just “seeing what happens”, to shareholders?

The biggest constraint to change is being overwhelmed with work and information – rooted in the fear to lose money, market share, position, status – the fear to lose control. I understand. But we need to upgrade our organizations to the 21st century. For the sake of people, organizations, and societies, in order to survive and to thrive. We need everyone to contribute their information and energy to overcome the challenges we are facing. We need to engage all employees, all people, in whatever role.

Support those who try “eye-level”

So, given these human fears, our limited time and energy, our high production targets: let’s support and applaud all managers, executives, leaders and supervisors who dare to let go of some control and climb down the pyramid. Who encourage their employees to start moving and mingling – to exchange information and energy in an equal flow and be open to what emerges. Sure, sometimes we get impatient (whether we are external or internal consultants, leaders, coaches or employees). Then it’s good to remember that all things are easier said than done. The heroes are the ones who apply the new faith: those who are willing to work at eye-level.